Calling for Angels by Alex Smith 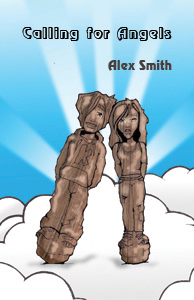 Em never believed in angels. That was until she met Zak and Kai...

Em - shy, sensitive, with her head in the clouds - and Caitlyn - gorgeous, popular and talented - have been best friends forever, in a sleepy, nondescript town called Philiton.

But when new boy Zak moves into town, Philiton suddenly becomes a much more interesting place.  With his meltingly hot looks, sense of humour and a smile that has even the hardest-hearted girls falling at his feet, Zak has the female population of Philiton Comprehensive School convinced he's an angel.

Caitlyn usually has the boys worshipping at her feet, so it’s a shock when Zak seems to be more interested in Em. Cracks appear, tensions arise, but surely Em and Caitlyn’s lifelong friendship can survive?

Em feels beset by demons. At home, she’s looking after her grandmother, who is slowly deteriorating, whilst despairing at her normally sensible brother, who is going off the rails just to fit in with the ‘right crowd’.  Even Zak’s unexpected attention causes jealous girls to shower Em with spite – not least Caitlyn.  If only she had a guardian angel...

Then a second boy steps into Em’s life. Dark and brooding, a captive to the secrets of a past he’d rather forget, Kai, who has appeared as if from nowhere and fallen head over heels in love with Em, is the exact opposite of Zak.

And although he may not seem like it, Kai is the real thing. He really is an angel. 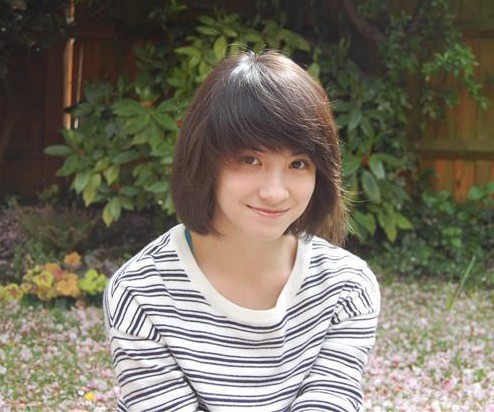 Alex Smith is 17 and lives in Hertfordshire, England. She started writing when she was just four and says, 'to me, writing is like breathing'. She wrote her debut novel, Calling For Angels, at the age of 14, 'as a way of relaxing'

The book blew Red Telephone's editor Gill James away and won the company's 2009 novel competition 'by a street'. Gill, herself the author of over 50 titles, said:

"I've rarely read a piece of Young Adult literature as engaging as Calling For Angels. The story just swept me along. It is funny, sad, romantic and Alex really has captured the right voice in what is a brilliant book for teens.

"I had no idea when I read the novel that its author was just 14.  Even more experienced writers cannot usually write with such control. Amazing!"