We're delighted to announce the stories that will be included in the Mulling it Over Collection:

We're delighted to announce the winners of the Waterloo Writing Competition

Gail Aldwin: The Price of Firewood

Dawn Knox: Rising from the Ashes

Hanna Retallick: Bookclub for the Elderly 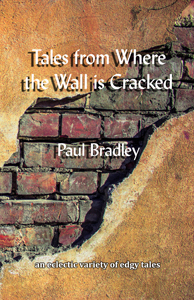 In this debut collection of short stories Paul Bradley takes a look at how extra-ordinary everyday life can be. Kitchen sink realism, magic realism and humour are deployed to present a variety of characters, many of whom live on the margins and cannot or will not fit in. In these pages you will meet a walrus man, a mynah bird called Hitler, Kendo Nagasaki, gypsy Romana, a lonely signaller and many others in an eclectic variety of edgy tales from where the wall is cracked. Wherever possible, light shines through. 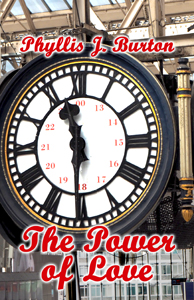 The stories in THE POWER OF LOVE are quite simply about LOVE of all kinds. If you like romance, then these short stories are written just for you as well. There is plenty of that! The huge clock on Waterloo station acts as catalyst for that. But the collection also shows us other sorts of love: family ties, enduring love, old love, forbidden love, mended love, children’s love for their parents, parents’ love for their children, a love for old buildings, and love between animals and humans. 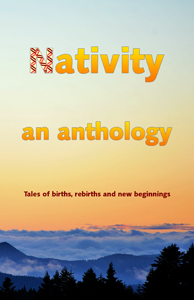 Many of the stories in this collection take place at or near Christmas time. There are stories of new births, of rebirths, of new beginnings, and there are a couple that deal with the joys and sorrows of the annual Nativity Play.

Again this year it was difficult to make the final choice. There are so many skilled writers out there. There was little wrong with any of the writing we read but in the end we went for the strongest stories and for those tales that best interpreted the theme.

There are some familiar authors in this volume and also some new writers. We treasure them all. 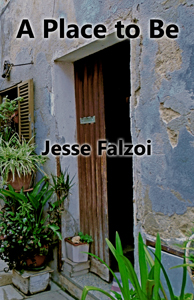 In this carefully-crafted collection of literary fiction we meet characters who are smart and brave. They face difficult situations and usually win. We meet feisty women who we must admire. As the title suggests, there is a strong sense of place in all of these stories.

This anthology is a fine example of modern women’s’ writing.

Jesse Falzoi writes with the authority of somebody who understands that sorrow and happiness can’t exist without each other. Her characters are as smart as she is, and like all good writers, the risks she takes on the page mean big rewards for her readers. Count me as a fan.

Alexi Zentner, author of Copperhead, Touch, and The Lobster Kings

This is a gifted debut. Stories which are so light and confident in their presence we can only marvel at how deep they delve into the hearts of their characters.

In this haunting collection, one of Jesse Falzoi’s characters imagines the word “Wuthering” means “From all directions and never the one you anticipated.” Using this definition, these are Wuthering stories, coming at life from many angles, each one full of surprise and illumination. Falzoi’s characters thrum with yearning—for connection, for meaning, for a place to be, to belong. They will find a permanent home inside your heart.

Gayle Brandeis, author of The Art of Misdiagnosis

Other Way of Being  - Out Now 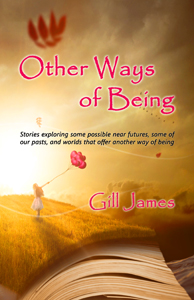 Other Ways of Being is an anthology of stories that asks us many questions about:
•otherness: Is a stranger a threat or is he just trying to help? It may be as clever as being a fortune-teller but is it helpful?
•other times: Is the wild woman really a little girl that she used to know? Will they be safe now or should they worry about the bright soldiers marching? Which horror does the deep sleeper hide?
•other histories: Who was that strange child? How did they manage to feed so many people?
•other worlds: Can a couple remain together even when their natures threaten to keep them apart? Is a seemingly incompetent wizard cleverer than he seems? What happens when an alien makes a mistake and almost gives himself away? Do animals help each other in their struggle against the damage that humans are doing? Who exactly is the lady in blue? Is Bradley’s the best story ever?
•our near futures: Can a man survive in a dystopian future if he has no more human contact? What can ATMs do when society goes moneyless? What happens when the money runs out? Just how smart will the smartphone get? Or driverless cars for that matter? Where will we find sanctuary when the extremists start winning? What happens to the clones when the blueprint gets sick?
•other sexualities and genders: Will we get used to Toni?

Find Other Ways of Being on Amazon.

Because Sometimes Something Extraordinary Happens.... out now

Seventeen short stories by Debz Hobbs-Wyatt from over a decade of competition wins and shortlistings. Featuring Learning to Fly, winner of the inaugural Bath Short Story Award; Chutney, shortlisted in the Commonwealth Short Story Prize, and Pushcart-nominated The Theory of Circles.

Meet a mixture of beguiling narrators, from seven-year-old Leonardo Renoir Hope trying to change the past so his dad doesn’t die, and George and his carrot-growing friends on an east London allotment waiting for the world to end, to Amy Fisher who realises that her husband, after his sudden death, is not who she thinks he is… but who is the other Mrs Fisher? This one adds a touch of medical horror to the mix.

All of the stories are about ordinary people when extraordinary things happen to them.

Links -what happens when ....out now 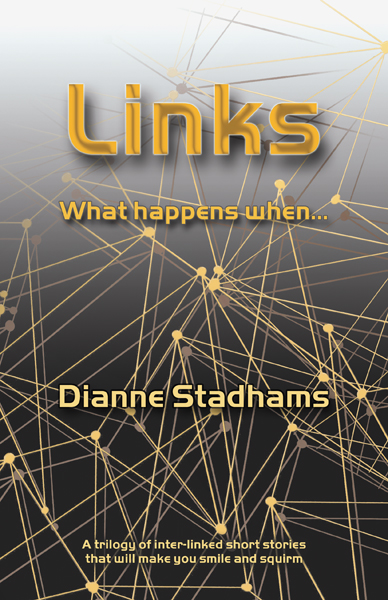 Links – sometimes random, many times unplanned, often with far reaching consequences, always shaping our journey from cradle to grave – the stuff of life.

Just how do Atta Gatta the child-eating crocodile, Scheherazade the pantomime star and Judy the stammering Goth strategically connect characters across the globe?

Enjoy this trilogy of inter-linked short stories that raise questions about the needs and challenges of our contemporary world. 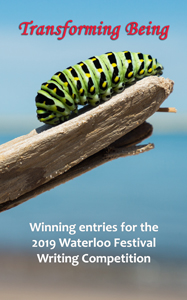 "Transforming Being" is the theme of the 2019 Waterloo Festival Writing Competition. It is also the title of the e-book, which contains the fifteen winning entries. We chose these because they tell a good story, have a strong voice, and are imaginative in their interpretation of the theme. The writers present us with characters that are believable and rounded. The stories all contain a pleasing narrative balance.

Entrants were asked to produce a short story or a monologue. Style is diverse and each story is completely different from the others.

Find Transforming Being on Amazon

The Art of Losing - out now 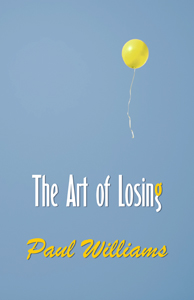 In this internationally acclaimed collection of stories by Paul Williams, we are invited to appreciate what it means to master the art of losing – to let go of things both big and small – whether it be dreams, or love, or houses, or whole continents. Told with wit, humour and pathos, the stories reveal the unexpected narratives that often flow beneath the surface of contemporary lives.

Paul Williams is program leader of the Creative Writing Program at the University of the Sunshine Coast (Australia). He holds a PhD in Creative Writing from the University of Wisconsin (USA). His award-winning memoir Soldier Blue (New Africa Books, 2008) won Book of the Year in South Africa in 2008 and his young adult novel, The Secret of Old Mukiwa (Macmillan) was winner of the Zimbabwe International Book Fair award for Young Adults in 2001. Recent publications include Playing with Words- an introduction to Creative Writing Craft (Macmillan, 2016), Fail Brilliantly (Familius 2017), Twelve Days (Harbour, 2019) and Novel Ideas: Writing Innovative Fiction (Palgrave Macmillan, 2019). His stories have been published in Australia, South Africa, Zimbabwe, the UK and the USA in journals such as Meanjin, New Contrast and the Chicago Quarterly Review; his academic articles have been published in New Writing, TEXT, Writing in Practice, Social Alternatives; and his educational readers have been set in schools across Africa.

Find the Art of Losing on Amazon

We're very proud to have been the publsiher and judges of the Waterloo Writing Competition.

To Be  .. To Become was the theme of the 2018 Waterloo Festival Writing Competition. It is also the title of the e-book, which contains the sixteen winning entries.  Some fantastic writing was offered and all of it was potentially publishable.  We chose these because they told a good story, had a strong voice and were imaginative in their interpretation of the theme.

Entrants were asked to produce a short story or a monologue.  Style was  diverse and each story is completely different from the others.

This delightful English language anthology of literary fiction comes to you for under £2.50. 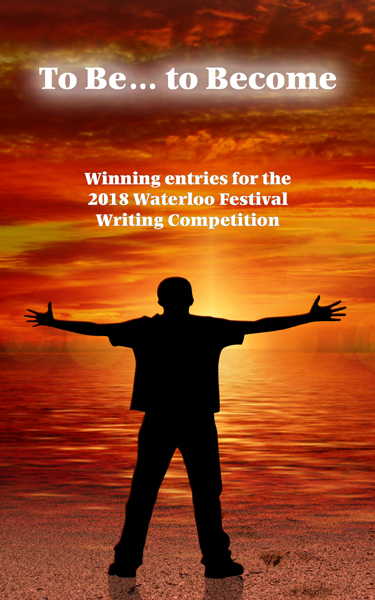 Find it on Amazon here.